Substantially reducing the doses of pain medication prescribed for patients on long-term opioid therapy is associated with a threefold increase in suicide attempts and a 69 percent increase in overdoses, according to a study published this week in The Journal of the American Medical Association (JAMA). The study reinforces concerns that the “tapering” encouraged by federal guidelines as a response to the “opioid crisis” causes needless suffering among patients, leading to undertreatment of pain, withdrawal symptoms, and emotional distress.

Alicia Agnoli, an assistant professor of family and community health at the University of California, Davis, and five other researchers examined the medical records of about 114,000 patients who had been prescribed “stable, high doses of opioids,” with a mean daily dose of at least 50 morphine milligram equivalents (MMEs), for at least 12 months. They identified more than 29,000 patients whose doses were subsequently reduced by 15 percent or more. They used hospital records to identify “overdose or withdrawal events” and “mental health crisis events,” including depression or anxiety and suicide attempts, during follow-up periods of up to a year. 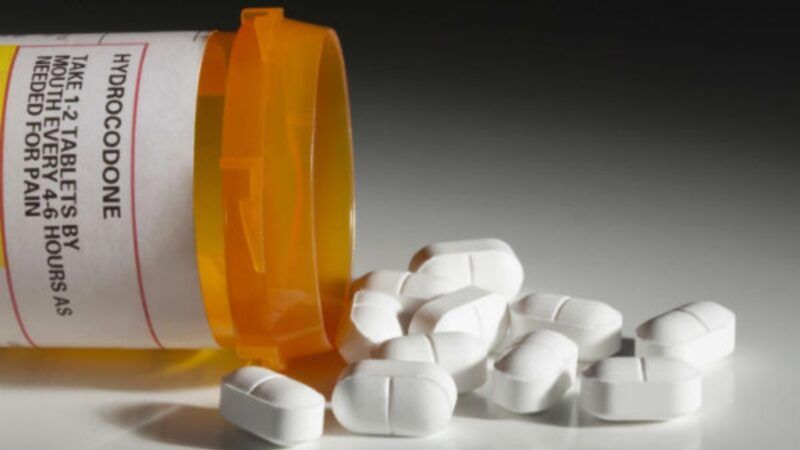 It is hardly surprising that patients who had been receiving stable doses of opioids for an extended period of time—doses that presumably controlled their pain effectively enough that they could function reasonably well—would experience distress when their doctors suddenly decreed that they would have to get by with less medication. The results of this study are consistent with earlier research documenting the danger of such one-sided, politically driven decisions. A 2020 study of veterans found that “patients were at greater risk of death from overdose or suicide after stopping opioid treatment.” Another study published last year found that discontinuation of opioid therapy was associated with an increased risk of heroin use.

The JAMA study is also consistent with numerous complaints from pain patients across the country who reported that their medication was arbitrarily reduced or cut off in response to the prescribing guidelines that the Centers for Disease Control and Prevention (CDC) published in 2016. As Agnoli and her co-authors note, the CDC “recommended against higher doses of opioids in managing chronic pain and recommended dose tapering when harms of continued therapy outweigh perceived benefits for individual patients.”

Although the CDC’s advice was not legally binding, and although the guidance said doses should be tapered only when medically appropriate, doctors, lawmakers, insurers, and pharmacies interpreted the agency’s warnings about daily doses exceeding 90 MMEs as a hard limit. “These and other widely disseminated recommendations have led to increased opioid tapering among patients prescribed long-term opioid therapy,” Agnoli et al. note.

The consequences have been repeatedly decried by the American Medical Association (AMA). “The 2016 Guideline is hurting patients,” AMA Board of Trustees Director Bobby Mukkamala said in a July 22 letter to the CDC. “Patients with painful conditions need to be treated as individuals. They need access to multimodal therapies including restorative therapies, interventional procedures, and medications. These include non-opioid pain relievers, other agents, and opioid analgesics when appropriate. Instead, patients with pain continue to suffer from the undertreatment of pain and the stigma of having pain. This is a direct result of the arbitrary thresholds on dose and quantity contained in the 2016 CDC Guideline. More than 35 states and many health insurers, pharmacies, and pharmacy benefit managers made the CDC’s 2016 arbitrary dose and quantity thresholds hard law and inflexible policy.”

In an April 2019 “safety announcement,” the Food and Drug Administration (FDA) said it had “received reports of serious harm in patients who are physically dependent on opioid pain medicines suddenly having these medicines discontinued or the dose rapidly decreased.” It said the consequences “include serious withdrawal symptoms, uncontrolled pain, psychological distress, and suicide.”

The CDC itself joined the FDA in warning doctors about the hazards of abrupt dose reductions. “The recommendation on high-dose prescribing focuses on initiation,” then-CDC Director Robert Redfield said. “The Guideline includes recommendations for clinicians to work with patients to taper or reduce dosage only when patient harm outweighs patient benefit of opioid therapy.” Furthermore, “the Guideline also recommends that the plan be based on the patient’s goals and concerns and that tapering be slow enough to minimize opioid withdrawal.”

Even the authors of the guidelines worried that their advice had been “misimplemented” in a way that was hurting patients. “Unfortunately, some policies and practices purportedly derived from the guideline have in fact been inconsistent with, and often go beyond, its recommendations,” Deborah Dowell, Tamara Haegerich, and Roger Chou wrote in a 2019 New England Journal of Medicine commentary. Those policies and practices, they said, included “inflexible application of recommended dosage and duration thresholds and policies that encourage hard limits and abrupt tapering of drug dosages, resulting in sudden opioid discontinuation or dismissal of patients from a physician’s practice.”

The CDC is mulling revisions to its advice. “A revised CDC Guideline that continues to focus only on opioid prescribing will perpetuate the fallacy that, by restricting access to opioid analgesics, the nation’s overdose and death epidemic will end,” Mukkamala warned in his letter to the CDC. “We saw the consequences of this mindset in the aftermath of the 2016 Guideline. Physicians have reduced opioid prescribing by more than 44 percent since 2012, but the drug overdose epidemic has gotten worse.”

Whatever the revised guidelines say, the damage already has been done, and policies based on the original version will be difficult to unwind. Furthermore, the CDC’s recommendations, while highly influential, were just one part of a broader strategy, implemented at the state and federal levels, to reduce opioid-related deaths by discouraging prescription of pain medication.

How has that worked out? Agnoli et al. note that “opioid-related mortality has continued to rise,” which is a bit of an understatement.

The government indisputably succeeded in driving down prescriptions. Per capita opioid prescriptions in the United States, which began rising in 2006, fell steadily after 2012. Yet in 2019, when the dispensing rate was lower than it had been since 2005, the U.S. saw more opioid-related deaths than ever before. Last year, according to preliminary estimates from the CDC, that record was broken once again: Opioid-related deaths jumped by 40 percent. As opioid prescriptions fell, the upward trend in fatalities not only continued but accelerated as nonmedical users replaced legally produced, reliably dosed pharmaceuticals with highly variable black-market drugs of unknown provenance and composition.

Even if it were ethical to demand that patients live with treatable pain as the price of reducing opioid-related deaths (which it isn’t), the government has not achieved that tradeoff. Instead we have worse outcomes across the board: many more patients suffering from pain that could be relieved and many more drug-related deaths. Far from harm reduction, this looks like a strategy of harm maximization.

JACOB SULLUM is a senior editor at Reason.